About the soul of the oven in the spirit of sincerity

In the summer whirlwind of Artworks shooting TVC projects crept chamber and appetizing atmosphere of photo shoot of the oven for famous European brand Hansa.

According to the idea of the Graphit Agency in the interior kitchen studio"appeared" podium in the form of a long baking pan, stretching directly from the oven.

Under the rhythmic clicking of the photographer Aleksey Gorbunkov’s camera on non-combustible surface were sliding delicious meals cooked  by  the food stylist Diana Nagornaya.

For everybody in  the small and friendly team  of the photo shoot it was hard to restrain the urge to bite some "fashion model", but  luckily it never happened :) 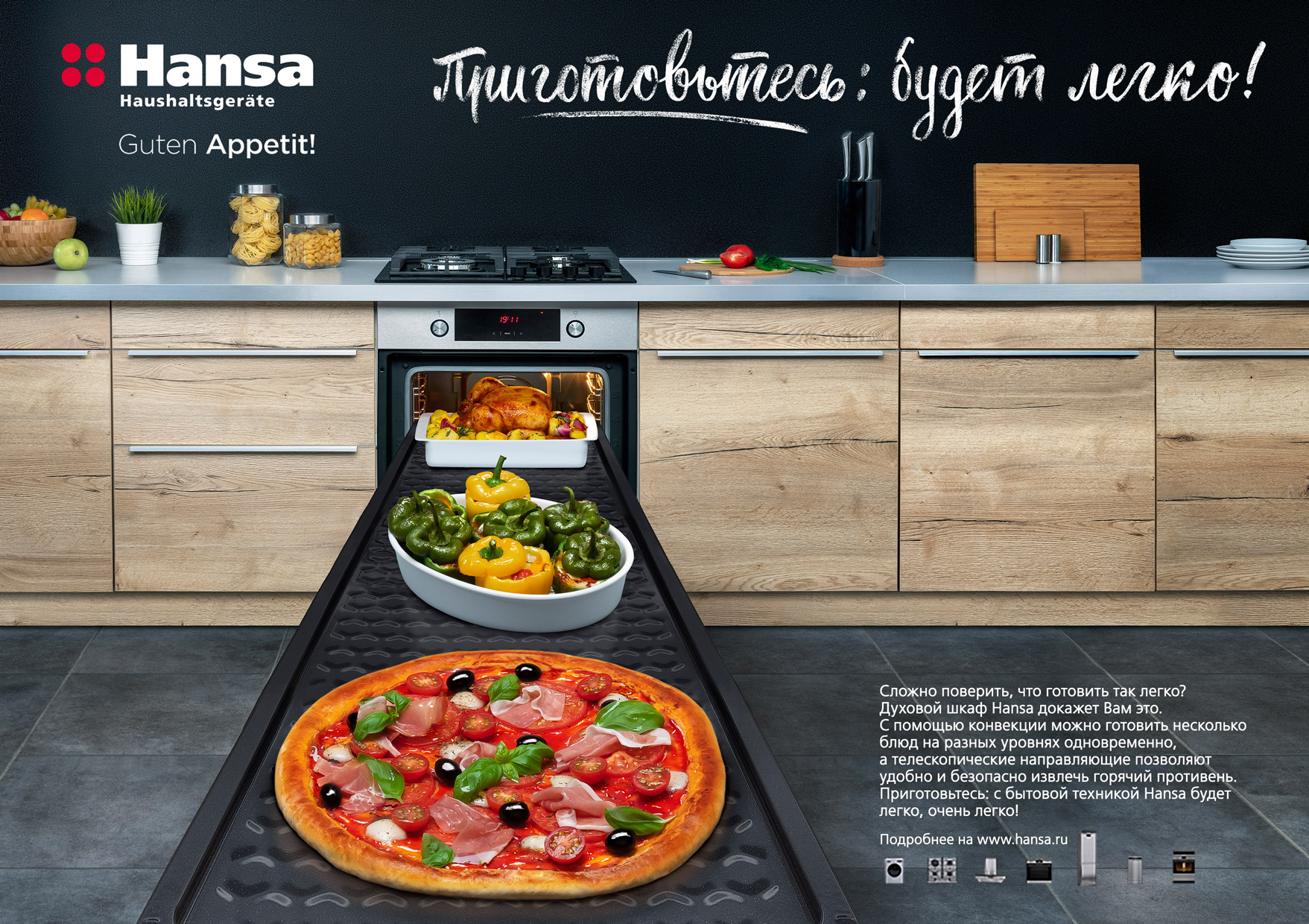